Why not make every day a pancake day. These oat pancakes with spiced apples are a really easy way to get some extra fibre into you and your family diet whilst still enjoying something delicious and nourishing. Oh and the recipe makes them vegan too!

This recipe has used eating apples but cooked apples will work just as well but you might want to add a little more sugar. Remember to taste for sweetness before you serve up.

First peel and core the apples and chop into small pieces.

Put into a pan with the lemon juice, sugar and spices.

Heat on medium high heat, stir until the sugar has dissolved and bring to a simmer.

Simmer until the apple is soft, stirring occasionally.

While the apples are cooking mix together the soya milk and apple cider vinegar. The mixture will thicken and turn into a buttermilk.

Whizz the oats up in a blender until you have a fine flour.

In a large bowl combine the oat flour, sugar, baking powder and cinnamon then pour in the milk mixture and mix well.

Heat a frying pan with a very light coating of oil and cook spoonfuls of the batter until brown, then flip over and cook on the other side.

Serve with the apples, maple syrup and some vegan cream or yoghurt.

If you have a lot of apple cooking liquid leftover you can reduce it down by simmering for a few minutes until syrupy. The flavour will be quite intense with the spices but a half a teaspoon on top of a pancake along with the apples and some yoghurt is delicious. 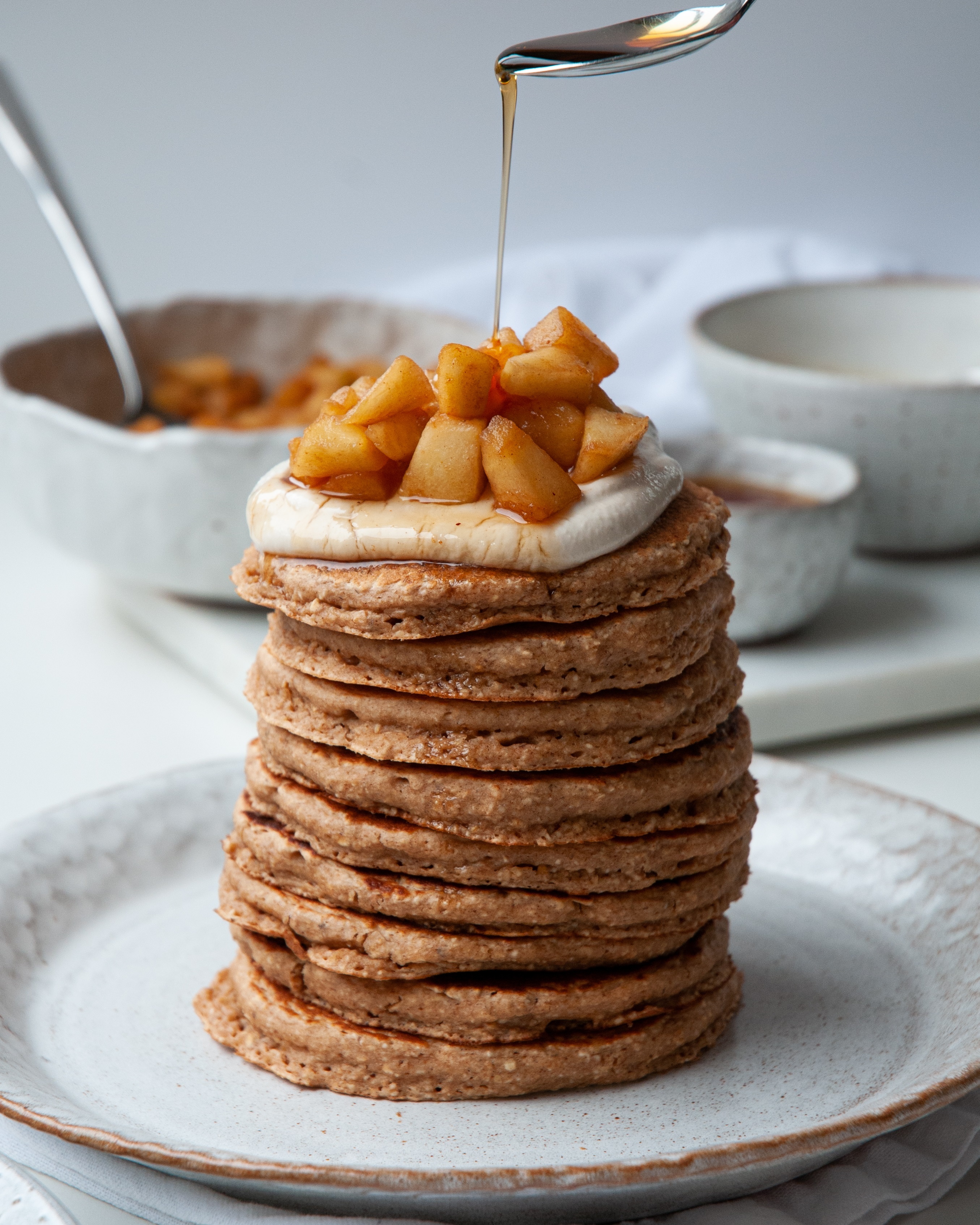