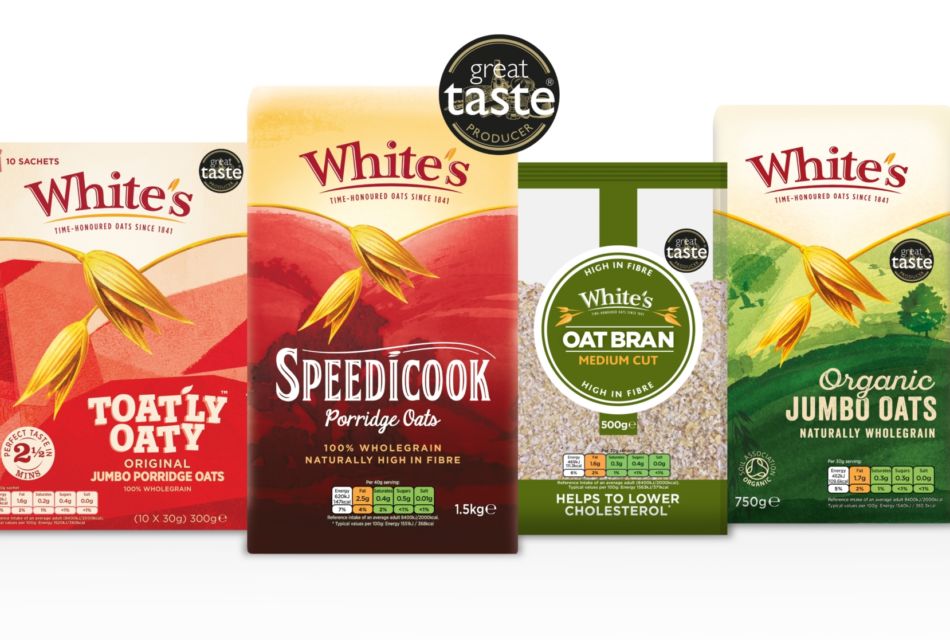 Among the winners; the iconic Speedicook Porridge which has been a household favourite among Northern Ireland's families since early 1900s, picking up its seventh Great Taste Award. White's Organic Jumbo Oats retained its Great Taste mantle following its inaugural win back in 2009. Also sharing in the success was Toatly Oaty Original Instant Oats, made from the same award winning Jumbo Oat; and its medium cut Oat Bran famed for its cholesterol lowering properties.

Commenting on the win, Danielle Mc Bride, Brand Manager of White's Oats said ''We are hugely proud that once again our oats have been so highly received at this year's Great Taste Awards. Recognition at this level is especially encouraging, acknowledging the quality of our oats and the milling expertise that goes into producing great tasting porridge oats.

Reporting on the win, The Judges said the oats were 'deliciously creamy with a slight bite and a lovely nutty flavour with a distinct texture'.

The awards showcase the dedication and passion of White's growers and the commitment that goes into oat research at farm level in pursuit of the very best varieties of oats for its award winning oat cereals. White's porridge oats are grown from oats carefully selected from British and Irish farms.